My College Freshman Is Your High School Senior: Speaker Bios

Katie Conboy, PhD, will become Provost and Senior Vice President at Simmons College on July 1, 2013. For the last 26 years, she has worked at Stonehill College – thirteen years as a faculty member and thirteen years as Provost and Vice President for Academic Affairs.  A scholar of English literature, she taught many courses and published widely in the fields of British fiction, feminist theory, and Irish literature.  She has served on the Chief Academic Officer Task Force of the Council of Independent Colleges, the Advisory Board of the National Institute for Technology in Liberal Education, and the Board of Directors of the American Conference of Academic Deans.  She is a Trustee of both Boston College High School and Trinity Catholic Academy (Brockton).

Donna G. Maturi is Head of Reference and Information Services at the Peabody Institute Library, Danvers, a position she has held since 2002. An advocate for the civic mission of libraries and access to information for lifelong learners, she has partnered with Workforce Development professionals on the North Shore to host a Networking Group for Jobseekers offered biweekly since 2009.  Ms. Maturi is also an Instruction/Liaison Librarian (Social Sciences) at Merrimack College in North Andover and serves as Administrator for the College’s digital repository, Merrimack ScholarWorks that promotes the universal access and use of the college's scholarly, creative output while ensuring its long-term preservation.

Amy Short has been the Director of Library and Media Services for Boston Public Schools since 2010.  Her many years of work experience in libraries includes positions as a School Librarian in Westford, Cambridge and upstate New York; a Senior Instructor in the Library Media Program at Cambridge College; and a Librarian at Boston Public Library.  She currently serves as the Boston Area Co-Director for the Massachusetts School Library Association, a member of the Executive Board for New England School Library Association, an Affiliate Assembly Delegate for the American Association of School Librarians (AASL), and AASL Learning4Life Coordinator for Massachusetts.  In addition, she has recently been elected as Secretary for the AASL Supervisors Section.  Amy received her Masters in Library Science from the State University of New York at Albany and her Masters in Education/Organizational Management from Endicott College.  She lives in Waltham, MA with her husband Chris and their dog Bailey.

Rebecca E. Wolfe PhD, is a senior program manager on Jobs for the Future's Pathways Through Postsecondary team, focused on improving the educational options and prospects of young people who have disengaged or disconnected altogether from the educational system. As part of this work, she directs Students at the Center. The goal of the project is to use research to strengthen the ability of educators, policymakers, and funders to engage each student in acquiring the skills, knowledge, and expertise needed for success in college and a career. Dr. Wolfe is the lead editor of Anytime, Anywhere: Student Centered Learning for Schools and Teachers, (2013, Harvard Education Press), a product of Students at the Center. Dr. Wolfe serves on the CompetencyWorks Advisory Board and on the Carnegie Foundation for the Advancement of Teaching’s Reinventing the Carnegie Unit’s Advisory Group. She holds a Magna Cum Laude B.A. in sociology with a focus in urban education from Harvard and a Ph.D. in education policy and administration from the Stanford Graduate School of Education.

Recommended links, resources, and slides from Dr. Wolfe's work can be found in our "Resources" section.

David Wyman is currently an Assistant Professor of English at Mount Wachusett Community College where he teaches freshman composition and American Literature. He received his MA in English from the University of New Hampshire and has been teaching at the Mount since 1999. He has also served as the Writing Coordinator for the Academic Support Center where he designed the college’s first online writing lab (OWL). 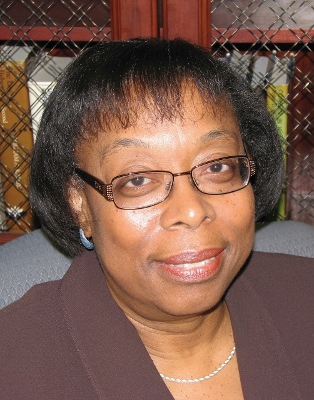 Aundrea E. Kelley is Deputy Commissioner, P-16 Policy and Collaborative Initiatives at the Department of Higher Education (DHE). The DHE serves as staff to the Board of Higher Education, which is the primary coordinating and policy-setting board for the Commonwealth’s public university, and state and community colleges and the licensure agency for independent and out-of-state institutions seeking degree authority in Massachusetts.

As Deputy Commissioner, Aundrea seeks to advance strategic Board initiatives through collaboration among the public and private higher education sectors, early education and care, elementary and secondary education, government, the non-profit sector, and business. She is regarded as a leader in developing and implementing collaborative approaches to achieving the college and career readiness agenda at the state, regional and national levels.

In addition to her leadership on policy initiatives to increase student readiness and success, including admissions standards, school-to-college alignment, dual enrollment and other college-connected activities, Aundrea has also overseen large scale reviews intended to foster academic program quality in the Commonwealth; veteran’s education policy, and collaborative work with senior staff to develop and implement board policies and initiatives across a range of DHE functional areas.

Aundrea is well known within the Massachusetts higher education community, having worked at the Department of Higher Education (DHE) for 16 years, including as acting Commissioner for Higher Education.  When she served as Associate Vice Chancellor for Academic Policy, Aundrea and her staff brought to the Board several new institutions and many new academic programs in both the public and private higher education sectors that will ultimately help educate more Massachusetts students and provide them with the 21st century skills and competencies required to work in our knowledge economy.  In 2005, Aundrea was awarded the Citation for Outstanding Performance by Governor Romney.

Prior to joining the DHE staff in 1996, Aundrea held positions in private industry, the non-profit sector and higher education. She is an alumna of Swarthmore College in Pennsylvania and holds graduate degrees, including the Master of Business Administration and Master of Science in Public Policy from the University of Massachusetts Boston, where she also completed doctoral work in public policy.

Slides from Deputy Commissioner Kelley's presentation can be found in our "Resources" section. 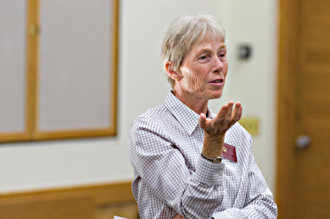